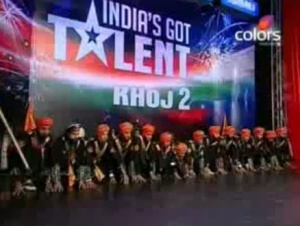 But his remarks have offended the Gatka Federation of India (GFI) and Punjab Gatka Association (PGA), who seek an apology from Colors TV and the reality show’s judge Sajid Khan. The organizations have also urged the Akal Takht Jathedar Giani Gurbachan Singh to take severe action in the matter that resulted in 7-year-old Manpreet Singh’s elimination from the reality show.

He also related that the Punjab Education Department had incorporated Gatka in schools, colleges and universities, adding: "As school children exhibits Gatka sports in the competitions so it is absurd to exclude little children from the show.” The Gatkebaaz and Sikh panth have been informed about the matter and they have been asked to force Colors channel to apologize for the wrongful comment and elimination of the kid from the show.

Sajid’s comment had enraged the Gatka Federation of India (GFI) and Punjab Gatka Association (PGA), which asked for an apology from Sajid and the television channel, Colors.