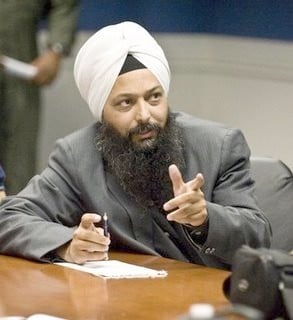 Patit: A lapsed Sikh who has been initiated into the Khalsa, but failed to observe the Khalsa code of conduct.

PATIT, an adjective formed from patan meaning fall, decline or degradation, with its roots in Sanskrit pat which means, variously, "to fall, sink, descend; to fall in the moral sense; to lose caste, rank or position," usually denotes one who is morally fallen, wicked, degraded or outcaste. It is slightly different from the English word `apostate`, which usually stands for one who abandons his religion for another voluntarily or under compulsion.

A patit is one who commits a religious misdemeanour or transgression, yet does not forsake his professed faith. He may seek redemption and may be readmitted to the communion after due penitence. 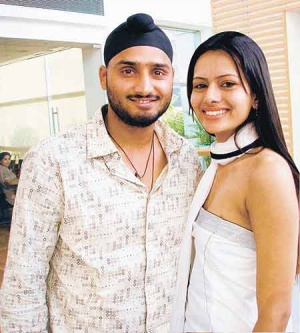 He is Not Amritdhari, He is not Sahajdhari(as he continues trims his beard), he do not follow the basic principle and cuts his beard, what will you call him?

In the sacred literature of the Sikhs as well as of the Hindus, the word is normally used in the general sense of fallen or sinner as opposed to pure or virtuous. It often appears in composite terms such as patitpdvan and patitudhdran (purifier or redeemer of the sinner) used as attributes of God and Guru. Its use as a technical term in SIKH theology appears to have come into vogue after the creation of the KHALSA and the appearance of various codes of conduct prescribed for the Sikhs in the form of rahitndmds during the eighteenth century. Even the rahitnamas describe transgressor of the code of conduct as tankhahta (one liable to penalty) and not patit.

Bhai Santokh SINGH (1787 - 1843) the poet, historian, appears to be the first to use patit in the sense in which it is now understood among the Sikhs. In ritu 3, ansu 51 of his magnum opus, Sri Gur Pratap Suraj GRANTH, the poet relates a story, based on an anecdote from an earlier work, Gur Ratan Mal (Sou Sakhi), of a Sikh lady shaken in her faith under the influence of a Muslim woman, who is subsequently reclaimed. She is described as saying: Bakhsh lehu ham tuman sharani; palitin pavanata bidhi barm (we seek refuge with you [0 Guru:], pardon us and tell us the way to purify patits). The Singh Sabha movement of the last quarter of the nineteenth century had reclamation of the patit Sikhs as one of its major objectives. Shuddhi Sabha, an offshoot of the Singh Sabha, established in 1893, had as its sole purpose the reconversion of apostates, and reclamation of patits. By a patit was meant a Hindu or Sikh, man or woman, who had abandoned his/her traditional religious faith under Muslim or Christian influence.

Also, an initiated Sikh who committed a major kurahit or breach of religious discipline, became a patit, while for minor breaches of the Sikh code, one only became a tankhahta or one liable to penalty or punishment whose misdemeanour could be condoned by SANGAT or holy fellowship after an apology, repentantly and humbly tendered, and/or a punishment, usually in the form of tankhah (fine) and/or sevd (voluntary service) and extra recitation daily of one or more routine prayers. Sikh Rahit Maryada approved by Shiromani Gurdwara Parbandhak Committee in 1954 after prolonged deliberations, retains the above rules without specifically defining the term patit.

Its legal definition as inserted in the Sikh Gurdwaras Act, 1925, through the amending Act XI of 1944 runs as below: "Patit means a person who being a Keshdhari Sikh, trims or shaves his beard or keshas or who after taking AMRIT commits any one or more of the four kurahits."

Delhi Sikh Gurdwaras Act, 1971, contains a similar definition except a reference to keshdahdn because unlike Sikh Gurdwaras Act, 1925, it defines only keshddhdns, and not sahajdhdns, as Sikhs. It states: "Patit" means a Sikh who trims or shaves his beard or hair (keshas) or who after taking amrit commits any one or more of the four kurahits. 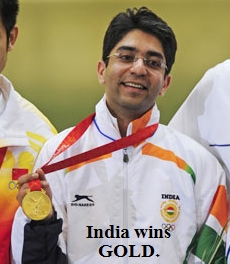 Abhinav Singh Bindra, He is not keshadhari and not even trying to be sahajdhari, not amritdhari too, what will you say this sharp shooter?

According to old rahitndmds, as well as the Sikh Rahit Maryada, the four (major) kurahits are (a) trimming or shaving of hair, (2) eating kuttha or halal meat, i.e. flesh of bird or animal slaughtered in the Muslim`s way; (3) sexual contact with a woman or man other than one`s own wife or husband; and (4) the use of tobacco in any form.

Being a patit entails several religious, social and even legal disabilities. For example, besides being a religious offence punishable by sangat, being a patit is a social stigma; a patit cannot have his ardds said at any of the five takhts; and a patit cannot be elected to the Shiromani Gurdwara Parbandhak Committee. The Sikh Rahit Maryddd advises Sikhs not to associate generally with patits. Especially, codinig with a patit would make a Sikh tankhahia. A patit who fails to appear before the sangat when summoned, or who refuses to accept its verdict could invite punishment leading to his excommunication from Sikh society. The power of excommunication however vests only in the AKAL TAKHT at AMRITSAR, the highest seat of religious authority, and is exercised in exceptional cases involving eminent persons and panthic honour. Of course, the sanction behind such punishments and disabilities is purely religious, moral and social pressure, except in cases falling under the Sikh Gurdwaras Act.

This Jatt was no doubt a great freedom fighter, but he also opposed khalsa rules, even during death he was inhead, cut surd, so he better call himself a non sikh an atheist, but in which category will you put him in 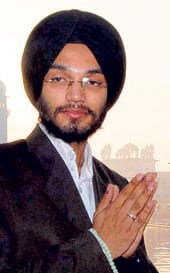