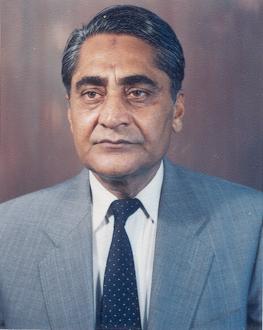 Government of Pakistan has accepted demands from its 50,000 strong Sikh community to register their marriages under the Anand Karaj ceremony and agreed to introduce Anand Marriage Act in line with the Anand Marriage Act 1909 that was passed by the British in the subcontinent nearly one-hundred years ago. The 1909 Act extended to British India now India, Pakistan, and Bangladesh.

The proposal was put forward by Sardar Manmohan Singh, chairman of the World Muslim Sikh federation based in UK and Sardar Prithipal Singh, president of American Gurudwara Parbhandak Committee (AGPC) before the sangat at Janam Asthan Nanaka Sahib. The Federal law Minister, Syed Afzal announced before the sangat that an Ordinance would be issued within a week followed by passing of the act.

The World Muslim Sikh Federation has now given a copy of the draft act in line with the 1909 Act to the government of Pakistan for its consideration.

In March 2003 Giani Joginder Singh Vedanti, Jathedar Akal Takht and Mr Tarlochan Singh, Chairman, National Commission for Minorities (NCM), together with Simranjit Singh Mann and Mr Dhindsa the only Sikh Minister in the central government, tried unsuccessfully to persuade the Indian Government to invoke the 1909 Act because young Sikhs found it offensive, objectionable, humiliating and demoralising to be given a Hindu marriage certificate after they got married. But the Sikhs in India are helpless because of Article 25 of the constitution which recognises them as Hindus, a major assault on their identity.

Banta Singh, a young Sikh from Patiala said in his statement in Lahore last week that, "it was like giving a Hindu in Pakistan a Muslim marriage Certificate. The Hindu polytheistic and Muslim or Sikh Monotheistic civilisations simply do not add up. It was therefore obnoxious and sinister of the Indian government to replace an enactment with one that insulted its important minority by way of statutory manipulation."

Pakistan has always respected the Sikhs and the proposed Baba Guru Nanak University at Nanakana Sahib will have a separate department that will embrace Sikh personal law.

The World Muslim Sikh Federation has urged the Sikhs in Britain and the world to lobby their respective governments to pass Sikh marriage acts similar to the draft submitted to the Government of Pakistan.