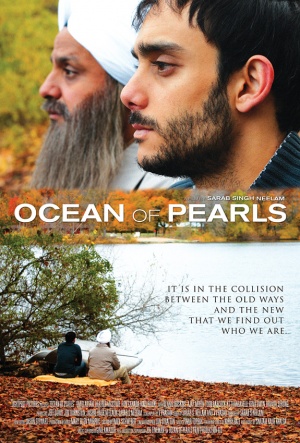 Ocean Of Pearls is a hollywood movie in which a Sikh man with a full beard and turban, AMRIT SINGH is often the target of racial profiling. But when he sees his dreams of becoming Chief of Surgery at a state-of-the-art transplant center dwindle because of his appearance, Amrit goes against a tradition he's maintained his whole life and cuts his hair. Hiding this decision from his girlfriend and family in Toronto is only the start of a series of compromises Amrit finds himself making as he deals with hospital politics and health care injustices. When his compromises result in the death of a patient, Amrit begins to reexamine the value of the religious traditions he'd turned his back on.