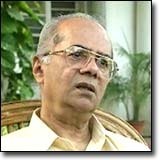 The Justice G.T. Nanavati commission was established by the Indian Government in 2000 to investigate the 1984 Anti-Sikh riots.

The commission was appointed by the NDA government on May 8, 2000 to look into certain matters emnanting from the 1984 Anti-Sikh riots [1]. The one-man commission consisted of former Supreme Court of India justice G.T. Nanavati.

The probe panel had four points of reference. It was mandated to look into the sparks that led to the genocide targeting members of the Sikh community; the sequence of events; whether these crimes could have possibly been averted and whether there were any lapses on the part of the authorities; to inquire into the usefulness of the administrative measures taken to stop and to deal with the violence; and to recommend solutions to be adopted to serve justice.

The Report was 185 pages long . The commission submitted its final report in February 2004 detailing accusations and evidence against senior members of the Delhi wing of the then ruling Congress Party, including Jagdish Tytler, later a Cabinet Minister, MP Sajjan Kumar and late minister H.K.L. Bhagat. They were accused of instigating mobs to avenge the assassination of Indira Gandhi by killing Sikhs in their constituencies.

The Commission also held the then Delhi police commissioner S.C. Tandon directly responsible for the riots.

There was widespread protest against the report as it did not mention clearly the role of Tytler and other members of Congress Party in the 1984 Anti-Sikh riots. The report led to the resignation of Jagdish Tytler from the Union Cabinet. Few days after the report was tabled in the Parliament, The Indian Prime Minister Manmohan Singh also apologised to the Sikh community for Operation Blue Star and riots that followed. The report stated that Jagdish Tytler "very probably" had a hand in the riots.

The report had been lambasted by the UPA government but the BJP has capitalized on it by calling the Congress party "guilty".