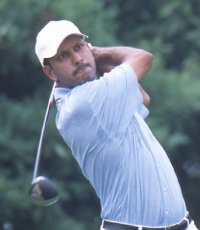 Jeev Milkha Singh (born 15 December 1971) was the first Indian golfer to become a member of the European Tour. Jeev is the highest ranked Indian golfer in the world, breaking into the top 100 in October 2006. He is the son of the famous Indian Sikh athlete Milkha Singh.

Singh attended Abilene Christian University in the United States of America and won the NCAA Division II individual golf championship in 1993. He also won a number of amateur tournaments in the U.S. His first professional win came at the 1993 Southern Oklahoma State Open, a minor local event, but he played mainly in Asia, where he was a regular winner in the mid 1990s. In 1997 he finished seventh at the European Tour qualifying school, and he joined the tour the following year. 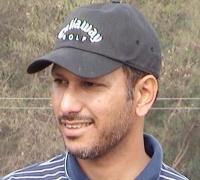 His best season in Europe up until 2006 was in 1999, when he came 50th on the Order of Merit. He struggled with injury in the early years of the new century but in April 2006 he won the Volvo China Open, becoming the second Indian to win on the European Tour after Arjun Atwal. He also won the season ending Volvo Masters, which elevated him to a final position of 16th on the Order of Merit. He finished 2006 as the winner of the Asian Tour Order of Merit and capped his season with a pair of back to back wins in Japan to move into the top 50 of the Official World Golf Rankings.