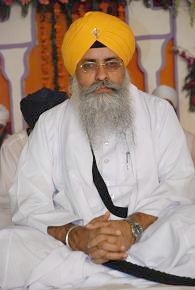 Sikh panth (community) consists of five Jathedars, one each from five Takhts or sacred seats. The Jathedars are appointed by SGPC, an elected body of the Sikhs sometimes called "Parliament of Sikhs." The highest seat of Sikh religion is Akal Takht Amritsar, the first among the five takhts. The Jathedar of Akal Takht makes all the important decisions after consultations with the other four Jathedars of the takhts and SGPC.