Jammu is one of the three regions comprising the Indian state of Jammu and Kashmir. Jammu borders Kashmir to the north, Ladakh to the east, Himachal Pradesh to the south and Pakistan-administered Kashmir to the west. Sandwiched between the Vale of Kashmir to the north and the Daman Koh Plains to the south, the Shivalik Range comprises most of the region of Jammu. The Pir Panjal Range, the Trikuta Hills and the low-lying Tawi River basin adds beauty and diversity to the terrain of Jammu.

Home to some of the most popular Hindu shrines, such as Vaishno Devi, Jammu is one of the most famous pilgrimage tourism destinations in India. Once a seat of the Dogra Rajput dynasty, Jammu came under the control of Maharaja Ranjit Singh in the 19th century, becoming a part of the Sikh Kingdom under the command of Raja Gulab Singh. After the the treaties that ended the Anglo-Sikh Wars, Raja Gulab Singh, who with his brother's help had made off with the Lion's share of Maharaja Ranjit Singh's Toshkhana (treasury) was able to purchase Jammu and Kashmir from the British, thus it was that the Dogra Rajputs were, once again, able to re-establish their control over Jammu founding the Kingdom of Jammu and Kashmir. 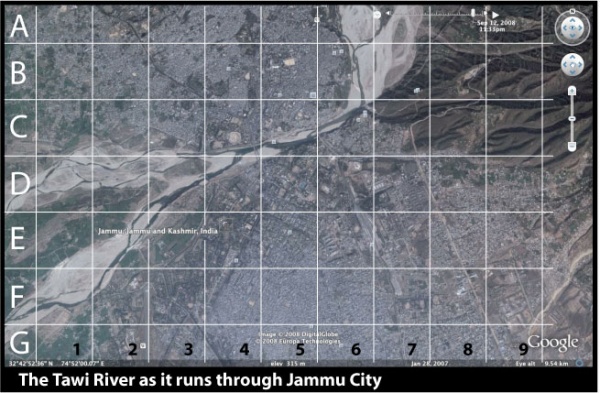 After Maharaja Hari Singh, the last ruler of Jammu and Kashmir, signed the Instrument of Accession in 1947, Jammu and Kashmir became a part of the Union of India, but Hari Singh had played Pakistan and India against each other in an effort to retain his kingdon as an independant state. It was only at the last minute when the well laid plans of Pakistan to use the tribal Pathans to invade and capture Kashmir was well under way that he signed the papers to join India. It was only a last minute airlift of crack Sikh airborn units of the Indian army, that the Pathan's advance was stopped. The Pathans disappointed their Pakistani commander, as they were only too happy to return to their homes with what loot and plunder they had been able to get their hands on. Before the Sikhs arrived the road had been open all the way to Srinagar, had the age old right of plunder and slavery (long the historic method of payment) for the foreign troops assisting in the Islamic invasions of India, not slowed them down the invaders could have traveled well beyond the famed vale of Kashmir. Since then, war and the all too often acts of terrorism have been the norm in the Mountain Kingdom as both India and Pakistan claim the State, over which India still holds all but the small portion captured by the Pathans in 1947.

Jammu enjoys the status of an administrative division within the state of Jammu and Kashmir. Jammu city, the largest city in the region, is the winter capital of Jammu and Kashmir. The majority of Jammu's 2.7 million population practices Hinduism, while Islam and Sikhism have a strong cultural heritage in the region. In Kashmir, the summer capital of Jammu and Kashmir, it is the Muslims who are in the majority, having forced hundreds of thousands of Kashmiri Hindus out of the valley under the threat of death, but the Sikhs have continued to hold onto some property and businesses in the valley, often in the fields of Agriculture and shipping. Even today (Friday Sept. 12, 2008 when Sikhs remember the Battle of Saragarhi) a Muslim separatist group has warned that all pro-India political leaders would be "thrown out of Kashmir’’ if they participated in the forthcoming Assembly elections in Jammu & Kashmir.

All Businesses, schools were recently closed for more than a month. As a Bandh was held in a protest over state owned land that was first promised, to support temporary hutments for the comfort and care of the thousands of Hindu and other pilgrims who take the difficult treck to the Cave at Amarnanth, and then suddenly withdrawn after complaints of Radical Islamic separatist groups.

The Daily Excelsior [1] of Jammu and the Rising Kashmir [2] are both local news sources for details of the events of the area.