The Temple was made by Guru Hargobind after the request from the Hindu sangat. He also Made a Maseet which is turned to gurdwara. The Temple have old Minakari. There are statues of Hidu Gods installed here.

In December, 1634 Guru Hargobind Sahib fought a fierce battle against Mughal forces near the river Beas, although heavily outnumbered, the Guru was victorious. Guru Sahib decided to stay for a while, and soon a settlement grew up at this location. The settlement expanded into a town which became known as Sri Hargobindpur (-pur, being a suffix for "place of"). As the conflict with the Mughals was intensifying the town's defences were fortified. In fact, these fortifications were so solid that the original city walls and many buildings within are still visible today throughout Sri Hargobindpur in Gurdaspur district, Punjab.

People of all faiths flocked to the Guru's new secular city becoming residents who felt safe to practice their individual religions freely without being harassed. The Hindus asked Guru Hargobind ji to build a Mandir (temple) which the Guru gladly helped them to build. 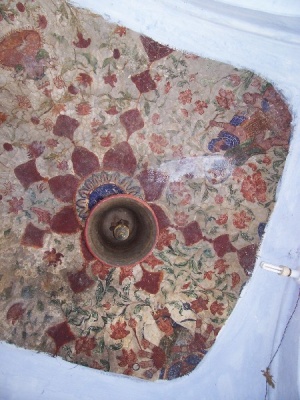 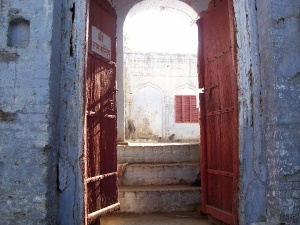