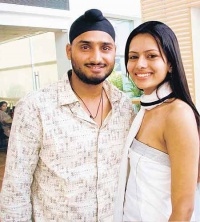 Harbhajan Singh ( born: 3 July 1980 in Jalandhar, Punjab, India) is an Indian cricketer. He is primarily a right arm off spin bowler and bats right-handed. He made his Test debut against Australia at Bangalore in 1998 and his ODI debut against New Zealand at Sharjah in the same year and has been part of the Indian squad since.

With a whiplash action, he was reported for throwing in November 1998, forcing him to travel to England for tests, after which he was cleared by former English player Fred Titmus . Harbhajan is an attacking-minded bowler who exercises great command over the ball, has the ability to vary his length and pace, and can bowl the doosra. His main wicket-taking ball, however, is one that climbs wickedly on the unsuspecting batsman from a good length, forcing him to alter his stroke at the last second. He averages 25 with the ball in home Test matches, but this climbs to 40 outside India. Statistically, his bowling is most effective against the West Indies and Australia . He tends to bowl outside outside off-stump more than off-spinners like Muttiah Muralitharan, who attacks the stumps, leading to a high proportion of dismissals through catches rather than bowling or trapping batsmen LBW.

He has in the past stated his ambition to become an all-rounder , and although he has made a few good scores as a batsman, but his average is less than 15 in both Tests and one-day internationals. However, in the last four years, he has averaged around 20 with the bat.

One of his nicknames is The Turbanator, based on his bowling skill and the fact that, as a Sikh, he wears a black turban whenever he plays. Amongst Indians Harbhajan is more commonly known as bhajji.

Harbhajan made his Test debut in the 3rd Test against Australia in Bangalore , where he recorded the modest figures of 2/136. He played later in the 98/99 season, but from late 1999 until early 2001, the start of the series against Australia, he did not play in Test matches. He did not make notable inroads in this phase of his international career, averaging 37.75 per wicket.

With Anil Kumble and leading paceman Javagal Srinath both injured during the home series in March 2001 against the Australians, Harbhajan took 32 wickets, leading the Indian team to a 2-1 series victory, whilst none of his team mates took more than three wickets during the series. In the second Test in Kolkata, he became the first Indian to take a Test hat-trick,taking 7/123 in the first innings and then 6/73 to instigate an Australian collapse on the final afternoon. This was only the third time in Test history that a team had won a Test match after being forced to follow on. He then claimed 7/133 and 8/84 in the third Test in Chennai, as well as hitting the winning runs to round off a performance which saw him named man of the series . He paid tribute to father, who had died just six months earlier . He had earlier contemplated leaving cricket in order to support his family before the Border-Gavaskar series. His performances in the series prompted the Government of Punjab to award him Rs 5 lakh, a plot of land, as well as an offer to become the Deputy Superintendent of Punjab Police . This led to him usurping Anil Kumble's position as India's leading spinner.

Harbhajan was scheduled to undergo finger surgery in mid 2003 in Australia , but this was delayed as he sought to play through the pain . However, after being forced home from the 2003-04 tour of Australia, he underwent major finger surgery early in the year 2004. Kumble then took 12 wickets in the final Test at the Sydney Cricket Ground and bowled India to victory in the following Test against Pakistan in Multan and has reclaimed the No. 1 Test spinner's role, which has restricted Harbhajan to primarily playing on the subcontinent where the conditions often lead India to play two or more spinners. He made his return against Australia in the 2004 home series, and although he did not reach the heights of the previous series, he did manage to claim 21 wickets, including a ten-wicket haul in his return match at Bangalore. After another man of the match performance against the touring South Africans , he was nominated for the 2005 ICC Test Player of the Year .

After barren Test series against Pakistan (where he claimed 0/355)and England, Harbhajan was left out of the team for the first two Test matches against the West Indies in 2006. It was only when two spinners were required that he played in the last two Test matches.

His ODI form however, remained solid, as he top-scored and took five wickets in the first ODI against England, immediately after his Test ordeal . He has performed consistently and has retained his position as the first choice ODI spinner, despite being sidelined during the Pakistan series with a finger injury. with his ICC ranking hovering around the No. 10 mark, compared to a Test rating of around 20.

His doosra was the subject of an official report by match referee Chris Broad, on-field umpires Aleem Dar and Mark Benson, and TV umpire Mahbubur Rahman after the second Test between India and Bangladesh at Chittagong, Bangladesh in December 2004 . As of May 2005, the ICC cleared his action, saying that the straightening of his elbow fell within the permitted limits .

In 2005, following the appointment of Greg Chappell as Indian coach, and his subsequent sacking of captain Sourav Ganguly lead to conflict with Harbhajan, who was regarded as a Ganguly supporter . Harbhajan publicly claimed that Chappell had used "double standards" and instilled "fear and insecurity" into the team. He was called by the Punjab Cricket Association to explain his actions , but was not sanctioned after offering an apology . In early 2006, Harbahajan changed his stance publicly, praising Chappell for the team's improved form, stating "He has great knowledge about the game and it has been a very successful year for us under him. He has lifted our team to great heights" . 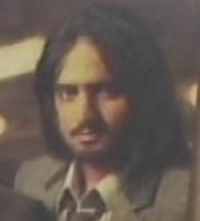 Harbhajan appeared without his turban in an advertisement for Royal Stag, a whisky brand owned by Seagram's. This angered many orthodox Sikhs, which lead to anti-Harbhajan protests in the Sikh holy city of Amritsar, with effigies being burnt . The Sikh clergy and Shiromani Gurdwara Prabandhak Committee (SGPC) demanded an apology from him and asked Seagram has extracted an apology from the cricketer. It has asked Seagram's to withdraw the ad, on the basis that it had "hurt the feelings of Sikhs". Harbhajan quickly issued an apology, but he was also unhappy at the clergy's interference, "If they were unhappy, they should have called me and talked to me like a son".