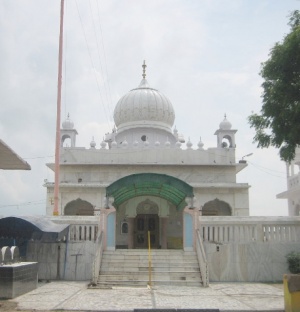 Gurudwara Lakhnaur Sahib is located on the Ambala Barola Road in village Lakhnaur, about twelve kms from Ambala City. 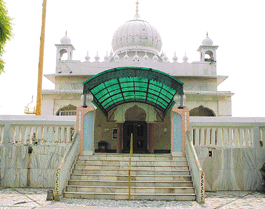 It is associated with the Tenth Guru, Guru Gobind Singh Ji. Lakhnaur was the ancestral home of Mata Gujri Ji, the mother of Guru Gobind Singh and wife of Guru Tegh Bahadur. After his Father's Martyredom at Chandini Chauk Guru ji came to this place with his mother and uncles from Patna and spent some time here. 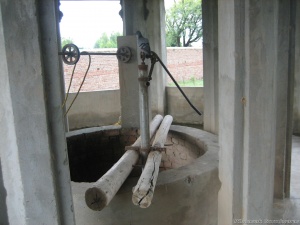 Mata Gujri's well, sarovar and Baoli are remnants of the visit of Guru Gobind Singh Ji to this village. Among the other articles associated with the Guru and his family on display here include are the Guru's bed, Mata Gujri's bed, weapons and utensils used in the langar.

The Gurudwara building is called Mata Gujari da Khuh (Mother Gujari's Well). This was constructed within an older but dilapidated well at the instance of Mata Gujari in 1670-71, and still used as a source of sweet drinking water.