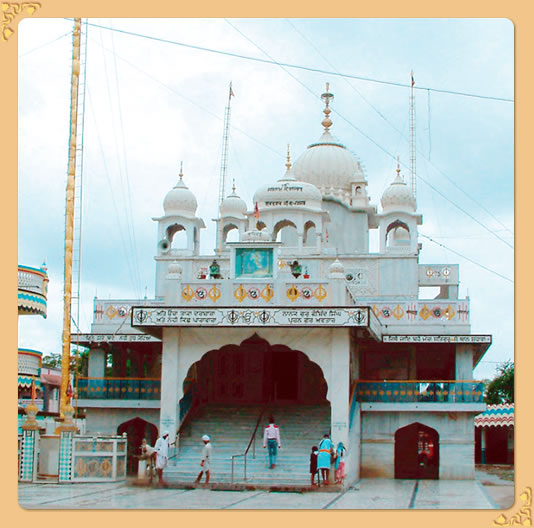 This Gurudwara is situated at Manmad which is a major junction on Delhi to Mumbai route. Before starting of Sachkhand Express, pilgrims had to change the train at this station to travel to Shri Hazur Sahib, Nanded. Guru Gobind Singh Ji brought two royal prisoners from Satara Fort by air route here by holding the stir rups of his horse. The names of the prisoner were Balarao and Rustumrao. There was then very dense forest at the place of Gurudwara. Sant Baba Nidhan Singh Ji started karseva for constructing Gurudwara here by clearing the dense forest with the help of his people. Hidden Bauli was found while constructing the Gurudwara. After cleaning the well, it was noticed that the water of the well is divine and sweet. Because of this hidden well (Gupta Kuwan) the Gurudwara is later named as Gurudwara Gupatsar Sahib.

The langar at this Gurudwara runs for 24 hrs. Excellent lodging facilities are also available for devotees. The construction of Gurudwara is going on which is supervised by Sant Baba Narinder Singh Ji at present.