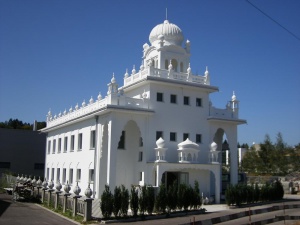 Gurdwara Sahib Switzerland was not built in few weeks, months or years. It has taken full one decade to come into existence (1996-2006). The Sikhs of Switzerland started this esteemed project in 1996 when they applied for permission to start construction of Gurdwara Sahib. The process of seeking permission took nearly two years.

The foundation stone of Gurdwara Sahib was laid on 11th January 2001. The ceremony was headed by Punj Piaras (five beloveds). The prominent among the gathering were Singh Sahib Prof. Darshan Singh Ji and Gaini Pritam Singh Ji from Damdami Taksal.

The then mayor of Langenthal, Mr. Hans Jürg Käser (who is now one of the members of the Executives of State of Bern) was also present in that ceremony. This ceremony marked the beginning of improving brotherhood among Sikhs of Switzerland. The local media extensively covered this attractive ceremony. This coverage by media proved to be a milestone in getting the Sikhs recognized all over Switzerland.

As there are always obstacles in doing good works, so they were during the construction period of Gurdwara Sahib. All sorts of obstacles like financial, legal, hatred and conspiracies by some were faced during this period. However, the almighty GOD was always there to help his beloved Sikhs of Switzerland who were on right track. HE removed all obstacles one by one. HE only made Sikhs of Switzerland capable of continuing their untiring work to complete construction of Gurdwara Sahib.

As a matter of fact the actual beginning of construction work at the site could be possible only on 25th October 2002. The prominent Sikh personality Bhai Harjinder Singh Ji (Srinagar wale) especially flew into Switzerland to grace this occasion. 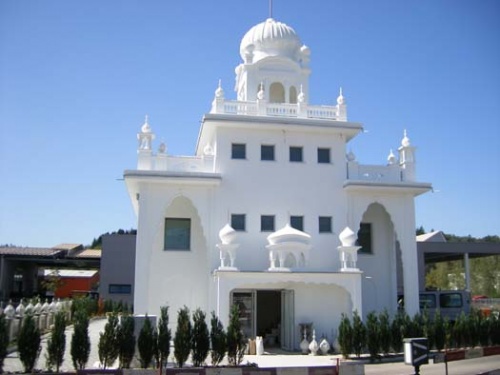 On that auspicious day the all important announcement that “GOD has bestowed HIS blessings on S. Dharam Singh of Village Bhungarani, Punjab to do the SEWA of land (purchased land) required for Gurdwara Sahib” The Sikhs of Switzerland were filled with joy on hearing this announcement. The then mayor of Langenthal Mr. Hans Jürg Käser was present on this particular occasion also. There was an extensive press and media coverage of this occasion also.

While Sikhs of Switzerland were on the forefront to complete their mission, who can forget the valuable contributions made by Sikhs from allover the Europe. It would have been very difficult to accomplish this mission without their contributions.

The details of the Gurdwara are:

The Gurdwara has an excellent web site. Please visit and support this wonderful undertaking: