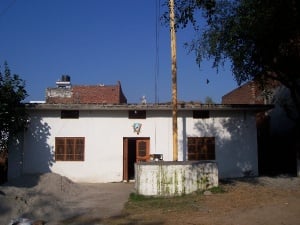 Gurdwara Manji Sahib is a Pious shrine situated in the center of town called Sri Hargobindpur. This Shrine, which was also called Guru Ki Haveli, is a rectangular shaped building, with an old well also present.

During his stay at Sri Hargobindpur, Guru Hargobind built a house in the new town, for his own residence. It was a three-storeyed building, which is know being reconstructed. Mata Ganga also stayed here. The Old well which is know covered is Yaadgaar preserved here. 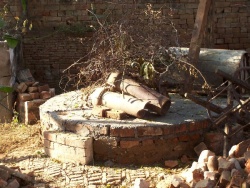 The Gurdwara is know in danger, as various people have their eye on the land, with schemes of their own. The gurdwara is under a local committee. Our Sikh jathedaars should take appropriate steps for the care of this place.