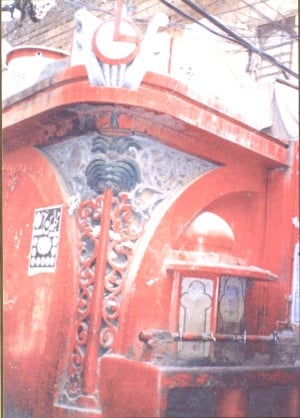 This Gurdwara is situated behind the water tank or Pani Wala Talab near Muhalla Barudkhana in the centre of Lahore City. Chandu's haveli was situated there. In A.D. 1606, after the arrest of Guru Arjan, Chandu kept the Guru in one of the dingy cells here. There was a well in this building from where the Guru used to bathe daily. The Guru was tortured by Chandu at this very place. He was boiled alive in a big boul; made to sit on a red hot iron plate and the scorched sand was poured on his head. But the Guru did not express even a single sigh of sorrow or grief. He considered it a Sweet will of his Master. When in A.D. 1619, the sixth Guru Hargobind visited Lahore, the Sikh Sangat dragged Chandu through nose in the bazaars. When he was brought in that state near that well, the grain roaster, who was ordered to pour hot sand on Guru Arjan's body, shot him with the very lladlas and he died in an ignominious manner. A Gurdwara was built there. At the begining, the Gurdwara was very small but later, the sangat purchased the adjoining houses and built a befitting bulding. This shrine was under Local Committee Management but in 1927, S.G.P.C. took its charge according to the Gurdwara Act. 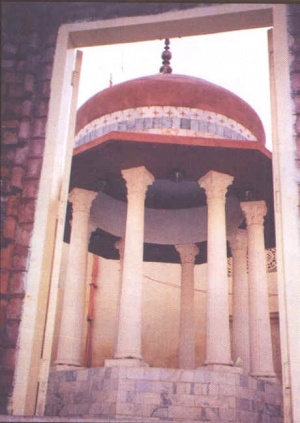