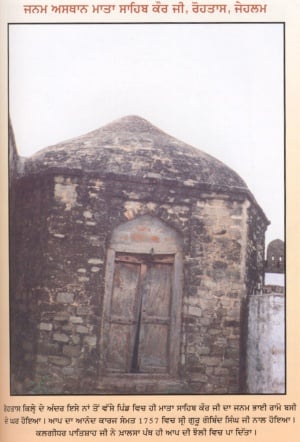 The birth place of Mata is in a locality inside the main gate. The domed Janamasthan is visible behind the houses from a distance of about 100 steps from the entrance to the locality. It always remains locked. It was repaired during the reign of Maharaja Ranjit Singh. The old building was later demolished and this new domed structure was built, but today that too is withering away.

On January 4, 2005, Pakistan's Government threw open the Mata Sahib Kaur Gurdwara for pilgrims. The gurdwara had been out of bounds since Partition in 1947. The gesture by the Pakistan Government coincided with the tercentenary of the martyrdom of Guru Gobind Singh’s two younger sons.