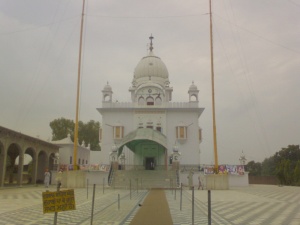 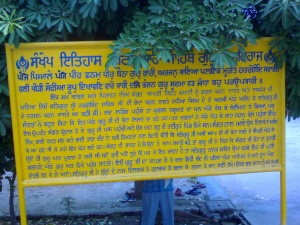 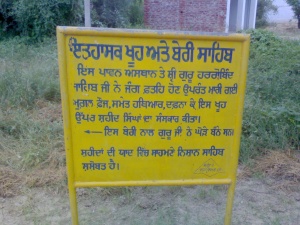 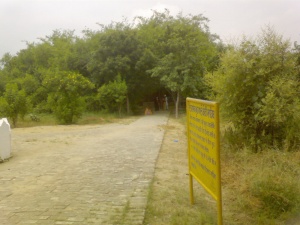 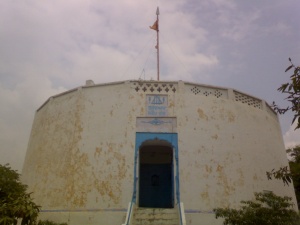 After the war with the enemy the last rites of the dead bodies of the enemy along with their weopens according to their customs was performed here by the sixth Guru Hargobind Sahib.The mass cremation of the martyr sikhs was als held at a well situated near this place. Guru Sahib tied their horses with rope with a tree called Beri Sahib.A big Nishan Sahib is present their in the memory of the martyr sikhs.

The Phulkian states of Patiala, Jind, and Nabha all descend from Phul of the Brar Bans, born AD 1627. After the Battle of Gurusar (1631), Phul came to Guru Hargobind Sahib with his brother Sandaali and his 'chacha' (uncle), Kala. In the diwan of Guru Sahib, Phul began to slap his belly to indicate he was hungry. Guru Hargobind Sahib gave Phul the blessing that Guru Nanak would bless Phul with the capacity to feed thousands and he would one day have a kingdom. Guru Har Rai Sahib also blessed Phul on his travels in Malva (AD 1646).