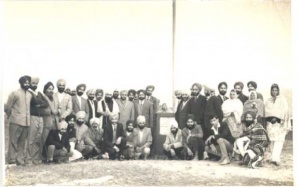 This Gurdwara was started by a few sikhs who were employees of Public sector undertaking M/s BHEL Haridwar. On the Project site map which was prepared by then USSR Government consulatancy; there was no area marked for religious worship; whereas residental colony had been planned. 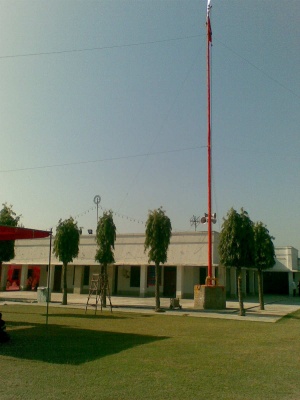 Local sikhs gathered together and by discussions with the Project officer they were able to unfurl sikh religious flag on a piece of land. Ultimately with combined efforts of all the sadh sangat not only Gurdwara but other religious sections of society also got land allocated for their places of worship over a priod of time and continuous struggle.

Nowadays besides celebrating Gurpurbs, a school is also being run by local sikh community of BHEL.

In June 2007 while celebrating Martyrdom of Sri Guru Arjun Dev Sahib Ji ,first time simultaneous projection of Gurbani tuks with english translation on big screen ;while Raagis sang Kirtan utilizing projector,computer and Sikhi To THE Max softwarwe, was arranged in Gurdwara ; thus getting bliss of unique experience of revelation of Gurbani meanings to the gatherd sikh sangat when kirtan is going on. 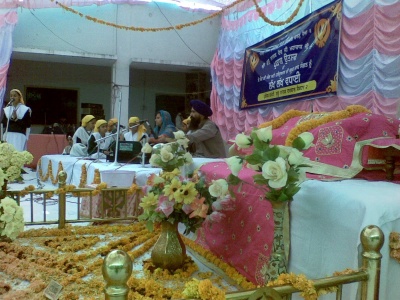 In November 2007 like every year Guru Nanak Birthday celebrations were held with great fanfare;a new foundation was instaleed for the Nishan Sahib with change system by hanging trolley from a pulley atop Nishan sahib and Academy children took part by singing hymns.