From SikhiWiki
(Redirected from Aurungzeb)
Jump to navigationJump to search 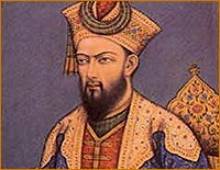 Abu Muzaffar Muhiuddin Muhammad Aurangzeb (3 November 1618 - 3 March 1707), also known as Alamgir I (Seizer of the Universe), was the ruler of the Mughal Empire from 1658 until 1707. He is commonly considered the last of the great Mughal emperors.

Aurangzeb (from Persian, اورنگ‌زیب meaning "suitable for the throne") was the third son of Emperor Shah Jahan. Shah Jahan, himself the child and grandchild of Hindu mothers was relatively relaxed in his pratice of Islam. He had liberally incouraged his eldest son Dara Shikoh to follow in the steps of Akbar-e-Azam. Dara was an accomplished poet and devoted Sufi, who was favored for succession.

Aurangzeb had fallen under the influence of the Ulama who believed in a more rigid form of Islam. Beginning in 1657, upon the severe illness of his father, Aurangzeb challenged his brother to the succession. He claimed that Dara Shikoh was a habitual gambler, had drinking problems and was an atheist. Shah Jahan who had given Dara his blessings, gave Dara the royal treasury at Delhi. Dara hastily used the treasure to raise an army which would soon prove to be no match for the well trained professional forces of Aurangzeb. Aurangzeb who had been repeatedly humiliated by his brother's influence with his father at court, had, as well, the support of his youngest brother and his forces. Despite strong support from Shah Jahan, who had recovered enough from his illness to remain a strong factor in the struggle for supremacy, Dara was defeated. He attempted to rally support after this defeat, but was betrayed and turned over to his brother. Dara Shikoh's severed head was presented to Aurangzeb, the story goes that Aurangzeb had the severed head taken to their father to be served to the old man in a dish. Aurangzeb also killed another of his brothers who had supported Dara. 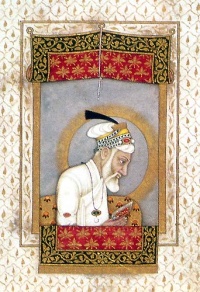 In July 1658 he put his father under house arrest in Agra Fort limiting his authority. Shah Jajan's access to his costumes and jewels was limited, his food was cut back, he was finally confined to one room from which he could at least view the Taj Mahal, he was never to see any of his sons again. His only company was his daughter Jahanara. It is said the major reason for putting his father under house arrest was that Shah Jehan wanted to build another Taj Mahal, a black one this time. But recent research has found that their was a black Tag in the garden across the Yamuna. One whose 'Black Taj' could be seen reflected in a large tank in the garden. Aurangzeb was to waste much of the Mogul fortune of his forbearers in endless wars in the Deccan suporting an army of more than a million men.

The Selafist of His Time?

Before Aurangzeb, Indian Islam had been influenced by mystical Sufi precepts. But based on his conservative interpretation of Islamic principles, Aurangzeb propagated a less mystical, more severe form of Islam. People were forcefully converted to Islam.

Aurangzeb became fascinated with conservative interpretations of the Qur'an, which he set about codifying. According to Aurangzeb's interpretation, Islam did not allow music, so he banished court musicians, dancers and singers. Further, based on Muslim precepts forbidding images, he stopped the production of representational artwork, including the Persianate Mughal miniature painting that had reached its zenith before his rule. He even stopped the practice of his morning appearance on the balcony of the Laal Qila.

In 1675, Aurangzeb publicly executed the ninth Sikh Guru, Guru Tegh Bahadur Ji. Sikh history states that Guru Tegh Bahadur sacrificed himself to save the Hindu Pandits of Kashmir who, had been threatened with death if they refused to accept conversion to Islam. The execution marked a turning point for Sikhism. His son the successor Guru Gobind ji (later Guru Gobind Singh ji) further militarised his followers with the inception of the Khalsa. After the death of his mother and four sons who were martyred in the events put into motion when the Sikhs were betrayed after leaving the fortified city of Anandpur Sahib, by the forces of the Mughals and those of their Rajput neighbors, who had laid siege to their city, Gobind Singh sent Aurangzeb his letter the Zafarnama (Notification of Victory) that questioned the Emperor's Godliness, while indicting his deceit and treachery. Sikhs believe this document caused Aurangzeb to realize his many mistaken policies and lose the will to live, leading to his death in 1707.

He was suceded by his son Bahadur Shah who t Rather than keeping with the tribal beliefs of the vendetta that that the region holds to, even today, the young Guru lent his support and his soldiers to help Aurangzeb's son Bahadur (later Bahadur Shah) win the Mughal throne in the battles that ensued after Aurangeb's death.

Below is a link to a recent exhibit in Bangalore titled Aurangzeb, as he was According to Mughal Records, An Exhibit mounted by fact.

The exhibition contains, and is based on Farmans, original edicts issued by Aurangzeb, preserved at the Bikaner Museum, Rajasthan, India

Aurangzeb, as he was according to Mughal Records