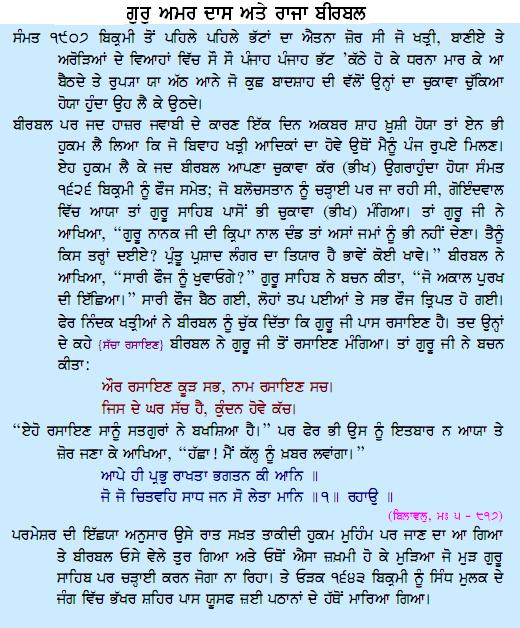 According to Giani Gian Singh, The Author of the book "Twarikh Guru Khalsa", in 1626 Raja Birbal met with Guru Amar Das, the third guru of Sikhism. He and his army ate in tje Guru ka Langar, but someone with mischief in his heart told him that Guru Amardas had a precious rasayan (rejuvenating ointment).

At that Raja Birbal demanded the ointment that kept one from growing old, under Ayurveda this comes under bhuta Vidya from guru amar das. But Guru Amar Das replied God's name is the true Rasayan and this rasayan only gifted by the previous gurus. Birbal do not believe him and got angry and said that he would take the rasayan the next day but at night the orders were come to reach Malandri(Muhim), so he left for that