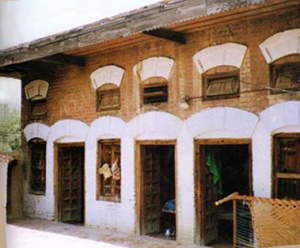 Location of the Gurdwara

The gurdwara is located in the village of Jhalian. It is in P.S. Burki of the Lahore district. It is located five kilimeters east of Burki from where tongas (horsecarts) can be hired to visit the village's Gurdwara.

Here there are two villages — Jhalian and Dhilwan which are linked with each other. That is why they are also known as Jhalian Dhilwan.

There is a sacred place in the village which was touched by the feet of Sat Guru Hargobind Ji. The Gurdwara is beautiful and has been constructed like a government bungalow with a verandah in front and with two rooms at the back.

Land in the name of the Gurdwara

8 ghumaon of Land is endowed by the villagers to the shrine. A refugee family from Ambala is currently settled in the Gurdwara.