Difference between revisions of "Taraknath Das" 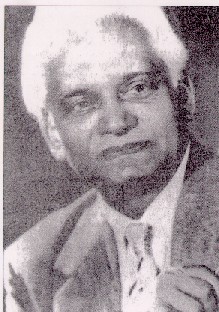 Taraknath Das left India to evade imprisonment in 1905 and eventually reached Tokyo to study at the University there. His pro-Indian activity in Japan was objected to by the British Ambassador and fearing extradition, Das crossed over to Seattle, Washington in 1906. He had literally to work his way up till Vancouver U.S. Immigration station. Das got his B.A. in Political Science and Economics from the University of Washington, Seattle in 1910 and his M.A. next year. He then secured a fellowship at the University of California for his Ph.D. Dangerous politics interrupted his studies, and he had to wait for his Ph.D. till 1924. Meanwhile, however, Das was admitted to U.S. citizenship on January 5, 1914. It should be conceded, however, that in his agitation work in America Taraknath Das was anticipated (though with less success) by a few others, the Pan-Aryan Association of New York (1960) established by Maulvi Barkatulla and S. L. Joshi appears to be the earliest Indian organization with some political purpose. It did not survive Barkatulla's departure for Japan early in 1909. Mention should also be made of New York's Indo-American National Association, founded in 1907. Ramnath Puri started his Urdu weekly, the Circular of Freedom, from California in 1907. It became defunct within a year. The Committee for the Management of Sikh Diwans and Temples of Vancouver with branches elsewhere in Canada and the USA was also an early organization.

Before the end of 1970 Taraknath Das, who after wards became of much greater importance than Ram Nath Puri, was already associated with the Vancouver branch of the movement. He is mentioned in the Circular of Freedom as one of the treasurers of the Indian Association, and not long after that periodical came to an end he started his own paper, the Free Hindusthan. An account of this paper and of Taraknath's earlier career is given in Chapter IV (see page 119). Being a Bengali he was unable to talk to the Sikhs in their own language, and his paper was unintelligible to the great majority as few of the Sikhs could read a word of English. His influence at the time for harm was therefore considerably less than might be inferred from the language of his paper, but there is no doubt that, such as it was, it was inimical to the British Government and prepared the ground for the serious trouble which arose later.

Appeal to the Sikhs

That Taraknath Das intended to appeal to the Sikhs, especially those connected with the army, is clear from the following extract from the Free Hindusthan for September- October, 1909:--