Difference between revisions of "Sundri the movie" 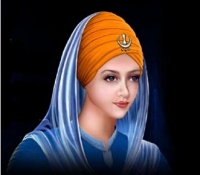 Sundri the movie is the third movie by Vismaad Pte Ltd, a Singapore based computer animation company. The film is based on a novel by the same name - Sundri by the famous Punjabi writer, Bhai Vir Singh (1872-1957). This movie like the other two previous ones is a high resolution 2D computer animation with stereo sound and will be available as a DVD and also for theatrical release which are scheduled from May 08.

Bhai sahib was a poet, scholar and theologian and a major figure in the movement for the revival and renewal of Punjabi literary tradition. His identification with all the important concerns of modern Sikhism was so complete that he came to be canonized as Bhai, the Brother of the Sikh Order, very early in his career. This movie is based on the first novel by Bhai Vir Singh and was written around 1898. It is based on a popular folk song of the Punjab and is set in the historical period of Mir Manu that is notorious for large scale massacre of the Sikhs during the period 1748-1753. 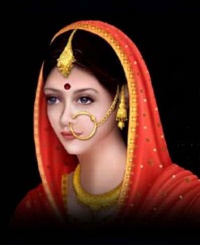 Sundri is a symbolic representative of that period and the daring nature of the Khalsa people. The Mughal leadership was bent upon annihilating the Sikhs. The rulers were corrupt and engaged in the systematic forced conversion of the non-Muslim people. The management of the government was in the hands of Nawabs and bandit who were grossly unfair, discriminatory, lustful and tyrannical.

Hindus as a community failed to meet the challenge head on and were defeated and trampled on. At the best they could offer compensation to get back the captured girls. Men like Balwant Singh, brother of Sundri, and girls of her stock faced all kinds of persecution at the hands of the Mughal soldiers and humiliation at the hands of Nawabs.

The story in the novel depicts incidents and events which encouraged universal brotherhood and love for humanity. A Sikh girl treats an injured Mughal sepoy but on learning that she is a Sikh woman he attacks her with his dagger. Surasti, the original name of Sundri, was forcibly taken away by the Mughal official and left to the destiny by her own husband and father.

Sundri depicts the story of the Sikh women during those hard times, where they remained steadfast and composed, facing ordeals and hardships but still smiling in the name of the Guru.

“Sundri: The Brave Kaur”, is the 3rd animated movie from the producers of the highly successful “Sahibzadey” and “The Rise of Khalsa” movies. This latest animation from Vismaad is based on the highly acclaimed literary masterpiece by Bhai Vir Singh ji. The movie has received rave reviews and been successfully screened in Toronto, Vancouver, British Columbia, Calgary, Detroit, Fremont, Los Angeles, Chicago, London, Scotland and many other cities.

‘Sundri’, the novel, was first published in 1898 and during the past 110 years, has become the most widely read piece of Sikh literature. While commenting on ‘Sundri’, the renowned Sikh scholar S. Jaswant Singh Neki writes: “’Sundri’ is Bhai Vir Singh ji’s most admired and poignant work. It’s popularity can be measured from the fact that Sundri become a synonym of his name and Bhai Sahib was commonly referred to as the “creator of Sundri”.

Sundri is about a brave Sikh woman who did not lament about her helplessness nor did she think her self as pitiable. She was a meek and vulnerable girl, but discovered her inert strength to fight against tyranny and injustice with the help from the glorious Sikh history, principled Sikh values & ethos and her valiant brother, Balwant Singh, who adopted the Sikh way of life to fight the cruel rulers of the times.

According to S. Jaswant Singh Neki, Sundri is a reflection of a new feminine power which absorbs its strength from the teachings of Guru Sahib and Gurbani. The immoral rulers in medieval India often abducted young Hindu girls and forcibly converted them into their religion to satiate their lust. The public at large was mentally weak and not able to fight against injustice. The Sikh way of life emboldened the society to fight against tyranny and injustice. It also instilled self-confidence in the women by restoring equality, dignity and respect for them. With ‘Sundri’, Bhai Vir Singh ji rekindled the latent spirit to awaken the nation from its deep slumber, enthused with new vitality and vigor.

The popularity of ‘Sundri’ is evident from the fact that in 100 years, 40 editions of the novel have gone into print. Today, due to a myriad of reasons, the Sikh nation again faces immense challenges in the new world. It is hoped that the animated movie based on Sundri will help Sikhs to reconnect with their unique and remarkable heritage in the same way as the novel has done for more than 100 years.

Making of the movie

In 2005, three youngmen decided to take the first step towards creating animated movies for kids which were based on Sikh history. Sukhwinder Singh, Navnit Singh and Bakhtavar Singh formed Vismaad video team and created Sahibzazey, which created a stir in the Sikh community. Hundreds of free shows were organised all over the world and thousands of DVD's got sold. This very successful movie was followed by the "Rise of the Khlasa", based on Banda Singh Bahadur's valiant history.

While the kid got glued to the screen learning about their glorious history and singing inspiring songs from the films. This dedicated team of animators and artists worked relentlessly for yet another project and this time it was all about celebrating the Sikh women through the courageous character of Sundri, as portraited by Bhai Vir Singh Ji in his novel by the same name.

It is great to sit back in our couches and watch these beautiful films, but what goes on behind the seen.... Well Watch this short video on youTube

array of solutions for a range of key verticals and horizontals.