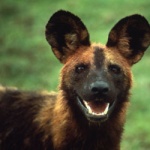 Greed is a dog; falsehood is a scavenger; Cheating is...Guru Nanak

Lobh is a Gurmukhi and Punjabi word which translates into English as greed, temptation or avarice. Sikhi tells us that it is one of five evils found within most human beings.

The five evils or five thieves or panch doot (five demons) or panj vikar (five sins) as they are referred to in the Sikh Scripture, Guru Granth Sahib, are according to Sikhi, the five major weaknesses of the human personality at variance with its spiritual essence.

The other four evils in the group of five are:

According to Sikhi, Lobh or greed is the intense desire to possess material items like money, goods, gadgets, properties, cars, jewellery, etc to an extent that is far beyond ones real needs and requirements. A Loby (a person subject to lobh) is the result of a foolish and feeble mind; is happy just thinking about his or her wealth; will continuously be occupied in this desire to possess material items. .....More