Difference between revisions of "Pingalwara" 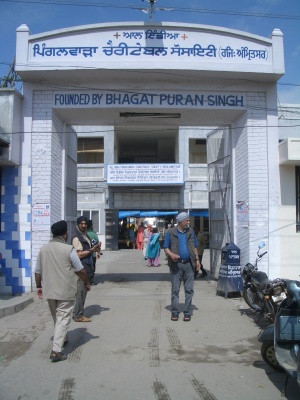 Pingalwara was the name given to a humble house for the destitute in Amritsar in northern Indian state of Punjab. In the early 1900's, it was an original idea of the founder, Bhagat Puran Singh to cater to the needs of people who had been rejected by society. It was an ad-hoc facility for the disabled; the mentally ill; the dispossessed; generally for people who were no longer accepted by anyone in society. Bhagat Puran Singh built this institute literally single-handed with the ideals of his mother as his driving force; the message of Gurbani as a beacon and the generosity of the Punjabi society as his safety net and hunting ground. 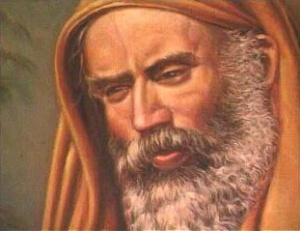 Bhagat Puran Singh, a devout Sikh, realised and stated that the nations' strength was not to be found in its treasury statement. Instead, the it lies in the character of its people, in their willingness to sacrifice leisure, comfort and a share of their talents for the welfare of others less fortunate than themselves. In other words, the might of the nation is determined by looking at how it treats its weakest citizens.

The organisation states that the family is the basic unit of our society, it is there that the responsibility for the care and provision of the individual begins. Today with the materialistic outlook which our society has acquired, the family ties are under a lot of stress and strain. The family as a cohesive unit is breaking up. A family is no longer a group whose members depend upon each other for companionship, support, love and affection. The urge of each individual to pamper his own wants has placed emphasis on selfishness and the tradition of self-sacrifice has diminished.

95 years ago, a messiah named Ramji Das who later became Bhagat Puran Singh, came into this world. He started a movement which was totally new in conception. This was no easy task. For fourteen long years he carried a crippled child who was mentally handi-capped on his shoulders as they had no place to stay. At another time he cared for a mother Asha Devi nearing death from TB and her child who would later fall to the disease as well. This was a period of his baptism. He achieved godliness through his love for fellow human beings.