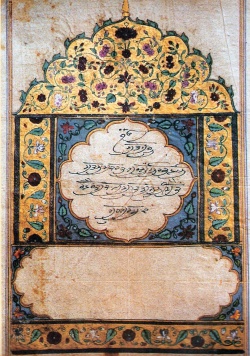 Karta translates literally as the Doer, the Creator and Purukh translates literally as man, husband, basically a male person. Though the word compares to the Judeo-Christian and Muslim version of God (Allah) bein refered to as a male being, the Sankhya system of Hindu philosophy, sees Purusha (the Universal Spirit), as being eternal, indestructible, all pervasive and as being without activity or attribute. It also states, if it is left to Prakriti (primal nature), itself an uncaused cause, and an ultimate principle, to bring the phenomenal world into being.

Though Sikhs use the words Karta Purakh and Purusha

The Sikh doctrine, however, while making use of the words, emphasizes Purusha being 'Himself' - The only Creator. As in Sufi and Vaishnavic lore, He is the only He, His creatures being refered to as females longing to go out and Unite with Him.

Dr.Santokh Singh says: God, the Supreme Being, Himself is the Creator (Kartaa), and being immanent in His Creation, is All Pervasive and fills all beings (Purakh). He is thus Omniscient, knowing each one's inner mind, and Omnipotent, doing everything everywhere - evoluting, sustaining, and involuting.

What kind of relationship exists between God and His creation? It is like a dancer with his dance. When man dances can you separate him from his dance? Can he return home leaving the dance behind? If the dancer dies, so the dance dies with him. When the dance stops, he is no longer the dancer. They are united. This is why since ancient times, Hindus have looked upon God as the dancer, “Nataraj.” In this symbol the dancer and the dance are one.

The poet is no longer related to his poem, once it is finished. The sculptor is separated from his sculpture as soon as it is completed. A mother gives birth to a child, and they are separate; the father is always distinct from the child. But God is not distinct from His creation; He is contained in it. It would be more accurate to say: the Creator is the creation, or the creator is nothing but creativity.

He alone is entitled to call himself a Sikh who, being a householder is yet a sannyasin

This is essentially the reason why Guru Nanak Dev ji says there is no need to renounce or run away from the world. Wherever you are, He is. Guru Nanak Dev ji gave birth to a unique religion in which the householder and sannyasin are one. He alone is entitled to call himself a Sikh who, being a householder is yet a Sannyasin; who, being a sannyasin is still a householder. It is difficult to be a Sikh. It is easy to be a householder OR a sannyasin, but as a Sikh you are to be both. You have to remain in the house – but as if you’re not there, as if you are in the Himalayas. Keep running the shop, but maintain the remembrance of His name ever throbbing within:

You can count your cash but take His name along with it.

A further point to note here is that the householder-sannyasin as exampled by Guru Nanak, and further emphasised by Guru Gobind Singh in terms of the Sant-Sipahi (Saint-Soldier), resulting in the formation of the Khalsa, is a formidible being because he cannot be corrupted. He who sits right in your world and yet is not of it can in no way be tempted. The Khalsa is spiritually rich, which cannot be taken from him and also he earns a living and so is not enamoured by the trappings of wealth.