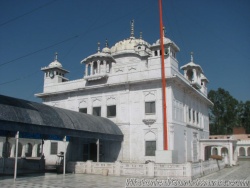 While going back to Amritsar, Guru Sahib came here, where Gurdwara Burz Sahib stands, at that time it was dense forest here and a small pond. People started gathering here when the news of Guru Sahib's arrival in this are spread. Guru Sahib preached people of Naam Simran and Wand Shakan. In the gathering there was one person with leprosy disease. He requested Guru Arjan Dev Ji, to get rid of the disease. Guru Sahib asked him to take bath in pond and take mud out of it and put in the place where now Gurdwara Sahib is situated. The person did the same and his disease was cured. People also took out the mud and made a burz with the sand. And later the name of Gurdwara was known as Gurdwara Burz Sahib Patshahi Panjvin. 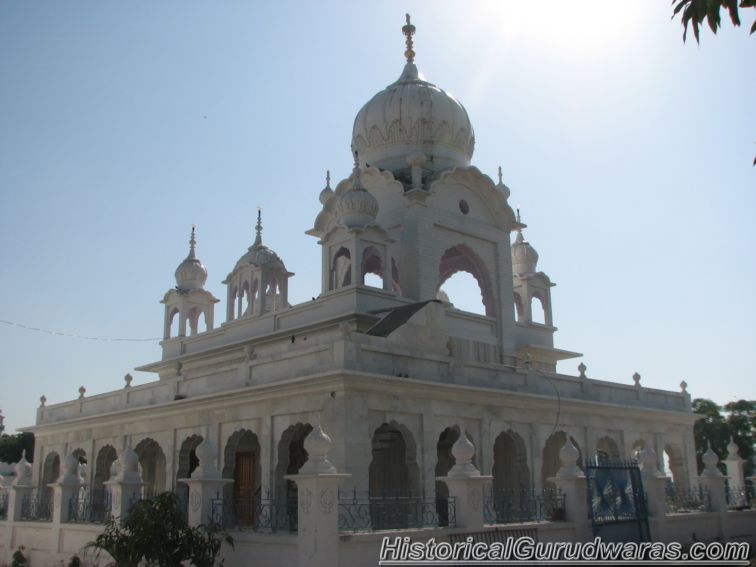