From SikhiWiki
Revision as of 13:00, 8 February 2012 by Guglani (talk | contribs) (→‎Qila Taragarh sahib: a wrong internal link was in place because link referred to targarh fort of rajasthan and not of anandpur sahib)
(diff) ← Older revision | Latest revision (diff) | Newer revision → (diff)
Jump to navigationJump to search 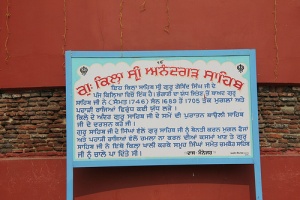