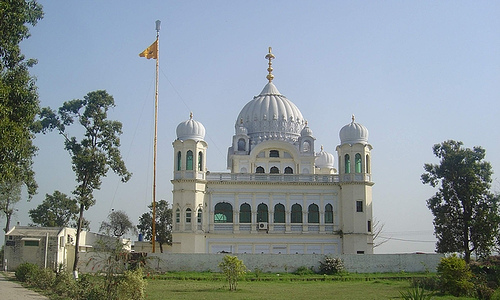 The gurdwara Darbar Sahib is situated in the town of Kartarpur (Ravi). The Gurdwara Sahib is also known as Dera Baba Nanak. 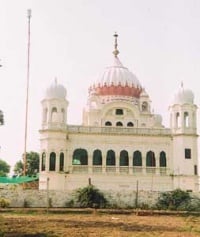 The Gurdwara before renovations (2004)
Retrieved from "https://www.sikhiwiki.org/index.php?title=Dera_Baba_Nanak,_Kartarpur_(Ravi)&oldid=56678"
Category: