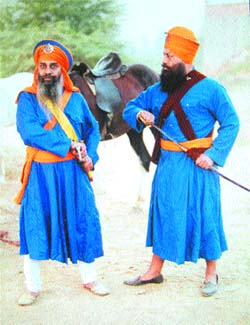 A film based on the legendary Baba Deep Singh who gave his life while attempting to protect the Golden Temple from a vastly superior number of Afghans.

The film portrays two major battles of Baba Deep Singh, who with his Sikh soldiers, warded off Ahmed Shah Abdali’s attempts to take looted gold, silver and jewellery and about 33,000 Hindu and Muslim girls back to Afganistan.

All roles of Sikhs in “Anokhe Amar Shaheed Baba Deep Singh ji” have been performed by Keshdhari Sikhs. Actors for the Khalsa Army were taken from the Bir Khalsa Gatka Dal of Tarn Taran and Amritsar. Even the roles of Sikh women retaliating against the callous enemy were enacted by Sikh women actors. The first cinemascope Punjabi feature film on Sikh history has been produced with a budget of Rs 2.5 crore.

A major part of the movie was shot in and around Amritsar apart from Film City in Mumbai, Umargaon in Gujarat and other parts of the state. The Director had a problem locating kutcha houses in Punjab. After much effort, the crew found suitable locations in Durkone village near Khem Karan and on the scenic banks of the river Beas near Goindwal Sahib. Some filming was also done at Hoshiarpur, Talwandi Sabo, Harmandir Sahib, Gurdwara Baba Deep Singh and Pahu Wind in Tarn Taran. 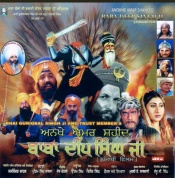 A number of prominent film artists, music directors, lyricists, cameramen and other technicians offered their services free for the epic. More than 700 artists and 250 horses were part of the film. The director received support from the local Mata Kaulana Bhalai Kendra, a welfare organisation run by renowned Gurbani singer, Bhai Guriqbal Singh. 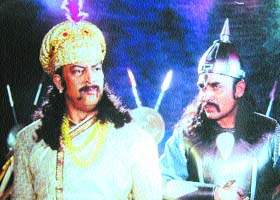 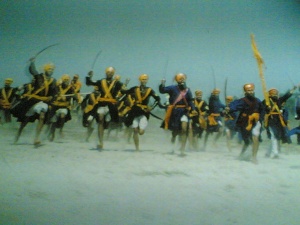