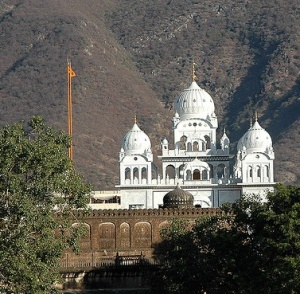 Guru Gobind Singh visited Pushkar during his travels in Rajputana[1] in 1706. He was served by a priest named Chetan Das. The spot consecrated by the Guru's stay was called Gobind Ghat, but has now been renamed Gandhi Ghat. A stone slab under a kiosk still has Gobind Ghat inscribed on it, in Gurumukhi, Devanagari, Persian and Roman scripts. Formerly a Gurdwara manned by Nirmala Sikhs was at this location, on the first floor of the gateway to the Ghat, but it is no longer extant. 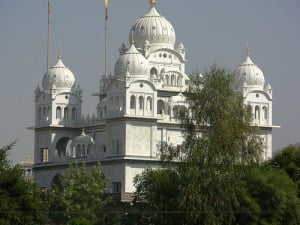